So this is the first time I’ve written a blog post from up in the air in an airplane… But this post has been a long-time coming. For a week now I’ve been meaning to start writing this post, but as life would have it, things have delayed its creation until now. I have been wanting to write about this topic since several weeks ago when my church in Barcelona, ICB, started the series: “Redeemed – A Journey Through the Book of Ruth.” While I had always known there was a book in the Bible called Ruth, I wasn’t familiar with the story at all really. I’m happy to say I now feel well-versed in the small, yet mighty book of Ruth and wanted to share some awesome stuff with yall.

So the book of Ruth starts with Ruth’s mother-in-law, Naomi, and their family as they move from Bethlehem to Moab. For those of you who are also lacking in extensive Bible knowledge like myself, here’s the Spark-notes version: Naomi followed her husband and two sons from their home in Bethlehem, where there was famine, to Moab in hopes of a new start and more prosperous life. This is significant because they were leaving behind God’s land and trying to go it on their own essentially. Also noteworthy, the people of Bethlehem generally held Moab and Moabites in a negative light due to the history of their lineage.

After some time in Moab, all we know is that Naomi’s two sons married Moabite women, and both of her sons and her husband end up dying there. So Naomi is left with her two daughters-in-law and that’s about it. Especially back in this time, this would have been a pretty destitute situation. Hence, Naomi urges the two women to go back to their families in Moab and there they can attempt to re-marry and have a good life still. One of the daughters obliges Naomi’s request and bids them farewell before leaving to return to her family in Moab. Ruth, on the other hand, says no. Despite all of Naomi’s prodding, Ruth is resolute in her loyalty and commitment to sticking with her mother-in-law. It is here that Ruth uttered the well-known verse of “where you go, I will go; where you live, I will live.” As Naomi explains to her that she is planning on returning to Bethlehem, Ruth goes even further by saying “your land will be my land, your God my God.”

And so as the two women make the journey from Moab to Bethlehem, we learn about how Naomi wants to change her name to something that means, literally, bitter. As our Lead Pastor, John Carrano, said during service, “This was big. That’s like going through a rough patch in your life and deciding to change your name to Failure.” Moreover, both women were dealing with their own unearned disgrace. Naomi came back to Bethlehem basically like a dog with her tail between her legs. She felt ashamed of what had become of her life, though what happened was not her fault in the least. Hello unearned disgrace. Then we have Ruth, who has to deal with the unearned disgrace of being a Moabite, a foreigner.

I bet a lot of people can relate to these women who were working through shouldering this unearned disgrace, right? With all of the labels and quick-judgments of today’s world, most of us have experienced some unearned disgrace by this point. For example, the fact that I didn’t end up going to an Ivy-League university caused unearned disgrace to fester within myself for a good amount of time. That disgrace was certainly unearned, but man it was heavy. But let’s get back to the good stuff…

Ruth and Naomi are settling into a new life in Bethlehem. Ruth goes to the fields to try and gather the leftover scraps of barley. She soon finds herself in the field of a distant relative of Naomi’s, Boaz. Boaz had heard of Ruth before he met her in person, for the story of her unfailing loyalty to Naomi was hot news. Upon their meeting, Boaz shows favor on Ruth for these reasons, and invites her to continue finding food in his fields and to work with the other women there. Suffice it to say, Ruth was shocked at his favor and kindness.

So as the time passes and barley harvest goes to wheat harvest, Naomi eventually prompts Ruth to approach Boaz… (The women were hoping to be redeemed by a male relative of Naomi’s husband. This was the only way they would possibly have a prosperous future, restore the legacy of Naomi’s family, and ensure land for future generations). In Chapter 3, Ruth presents herself to Boaz with the utmost humility, and in response Boaz promises her their redemption.

Then in Chapter 4, Boaz follows through with his promises and goes through the ritual of asking the man who was first in line to redeem them (technically). This man declines on hearing that Ruth is part of the deal, and so Boaz and him finalize the arrangement with Boaz promising to redeem Ruth and Naomi (aka he’ll marry Ruth, restore their family’s land to their late husband’s last name, have a family, etc.). Towards the end of Chapter 4, we learn that Ruth and Boaz have a son, and in the end their family’s lineage leads to King David, the greatest King Israel ever knew.

My favorite thing I learned from the Book of Ruth is what ICB’s other Lead Pastor, Brandi Carrano, introduced as “HESED” – this Hebrew word does not have an exact English translation, but means compassionate love, loving-kindness, and love in action. Hesed is also said to be a vertical action, as in God shows Hesed to people, and then from one person to another person – as Hesed is also a reciprocal action. Hesed is mentioned 248 times in the Old Testament; it is through Hesed that people are redeemed and legacies are rebuilt.

I like the idea of Hesed because it goes in stark contrast with lots of modern ideals, such as self-interest, self-pity, greed, and so much more. I can’t recall now if it was Brandi or John who said this, but this really spoke to me: “If we can’t take our eyes off of ourselves, than we cannot be agents of redemption.” Showing love, compassion, and interest in others isn’t always easy, but it’s what we were created to do. God redeeming us is the most beautiful love story of all time. And even better, it’s a love story that has no end. Today, tomorrow, or the next day if you posture yourself towards God and humble yourself at his feet, God will show you Hesed. I guess overall, being familiar with the Book of Ruth has made me feel quite lucky and reaffirmed by belief that our God is for us.

In other news, I miss Barcelona and all of my friends there! But I am very happy to get to spend some time at home with my family and friends here. This last weekend was a whirlwind of activity but I loved it! Although I am currently suffering from serious allergy problems here, it has been so great to spend time with the people I care about most. More on my time in Lincoln to come… 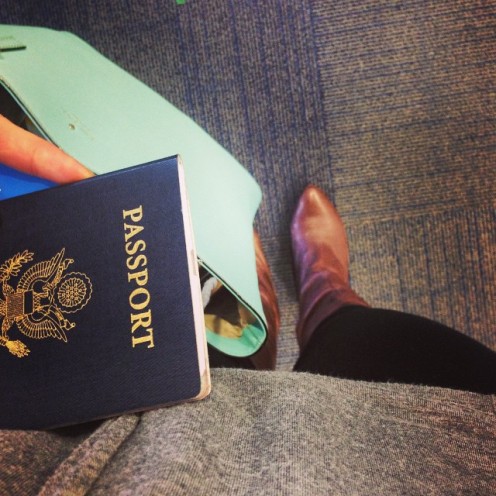 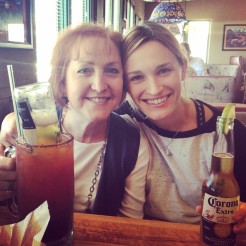 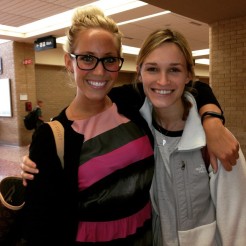 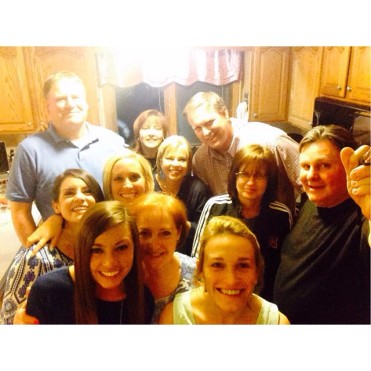 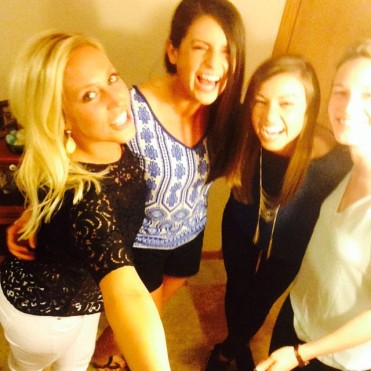