How today is the first day of December, signaling that November already happened for this calendar year, is mind-boggling to me. Where did November go? Time is flying! It’s been…way too long since my last entry here, but I shall attempt to make up for lost time.

Halloween: I didn’t have a costume planned until the morning of Halloween, when Mar (7) told me, considering the fact that I had nothing at this point in time, to borrow her neon-blue, waist-length wig for the occasion. She recommended I go as a “Blue Vampire.” So I heeded her advice and after nannying went to hunt down some cheap vampire teeth. At my third chinese-store (the Spain equivalent to the dollar store), I found a pair for 1 euro; as I tried them on my way out, I realized that I couldn’t move my mouth at all with the teeth in, which would make socializing at a party difficult. Hence, at the last minute I switched to dressing up as a blue-wigged witch for Gabi’s Halloween gathering in el Borne. 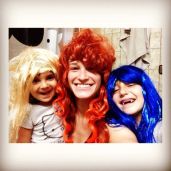 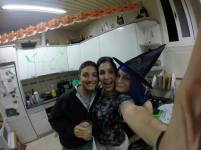 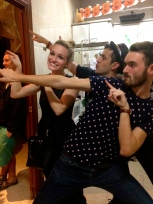 November highlights… Bible study. Studying for GRE. Nannying. GRE. Gabi and I have continued our weekly bible study on Tuesday mornings at a wide variety of local cafés and eateries including Satan’s Coffee Corner (ironic I know), Milk, Molika, and Gabi’s apartment. Recently I finally had the chance to go to the church Gabi had been raving about, the International Church of Barcelona, and I’m sold! Compared to the aesthetically beautiful but substantially vacant masses of old here, ICB’s noon service features a live band, an amazing couple as the lead pastors, and a contagious energy that makes you want to get involved on a deeper level. I am excited to go to the women’s small group in the near future. 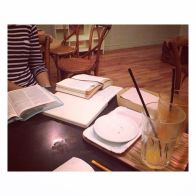 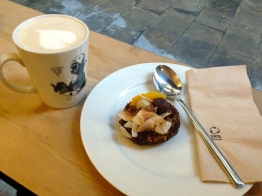 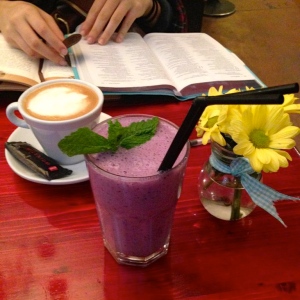 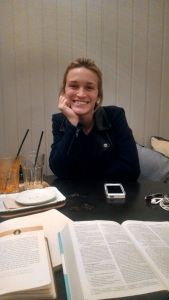 So the GRE officially happened. The actual test day experience was even more formal and TSA security-like than I had expected. I was pleasantly surprised that there were noise-canceling earphones offered by the testing center. My experimental section ended up being Verbal and overall I felt like it went alright. Immediately afterwards as I stared dubiously at my “unofficial scores” for the verbal and quantitative sections I was a bit disappointed in myself but it could have gone worse. Yesterday I finally was able to see my official scores, including the analytical writing bit, and all I can say is: it is what it is. I am hoping to not have to take the GRE again, but we shall see. 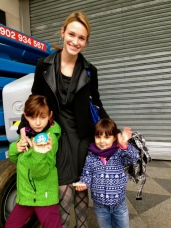 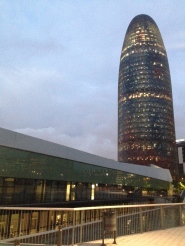 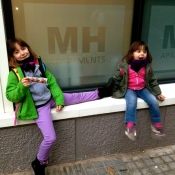 Last week I had the special opportunity to visit the Barcelona Food Bank with Jesús, my retired friend from last year’s intercambio at the library. Jesús does year-round volunteer work with them in their fundraising efforts, and he was nice enough to give a real behind the scenes tour of the whole operation. It was cool to see the actual warehouse too, the whole place preparing for the annual Gran Recapte (annual city-wide food drive). Last Friday evening I volunteered for the Food Bank at a grocery store, encouraging shoppers to donate and helping sort the donated items. Cass and I volunteered for the event last year as well, and I’m glad I got to help out again. On Thanksgiving day I had a meeting at ISA with Raquel to discuss the Masters at UPF. I’m really excited about applying for this program and getting that ball rolling if you will! More on that to come.

Later on Thanksgiving day I took the metro over to Cynthia and Will’s for a holiday get together with their friends and family. The best part was definitely getting to meet Mr. Ryan Alexander, the newest addition to Dylan’s family! He is a precious little baby who slept right until we all sat down to eat, naturally. It was wonderful to get to celebrate on Thursday with great people and a yummy homemade spread. Saturday Night Damian and I went to a belated Thanksgiving celebration at Janelle’s apartment near Lesseps. As I sadly have, in my mind, too little experience in cooking the traditional T-day side dishes, I opted to bring a fresh fruit salad to the potluck meal. Per the usual, Marta was the life of the party and had us all in stitches with her stories and contagious laugh. 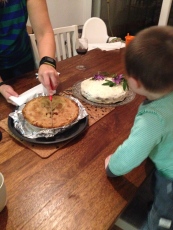 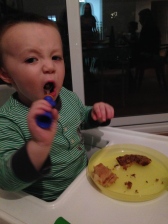 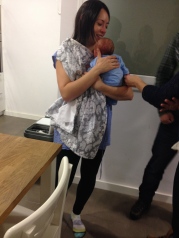 In other news, my virtual book club’s November read was Lena Dunham’s Not That Kind of Girl. I saved her novel of essays until post-GRE, but I finished it within a few days. I have also now watched the first season of her hit HBO show, Girls. I appreciate her dry humor and honest portrayal of the ups and downs of life of a 20something. I am now reading Janet Fitch’s White Oleander and would (thus far) recommend both. Damian and I are apartment hunting, hoping to move into a new place by the new year. My effort on this search so far has made me realize how incredibly lucky Cass and I were last year in how we found our place. It takes time and effort but I’m really excited by the thought that Damian and I will soon have our own place to call home! 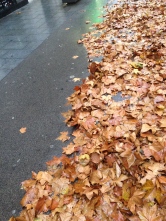 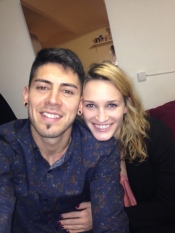 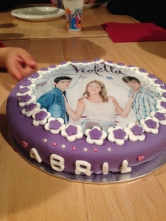